Children of the Mechanism 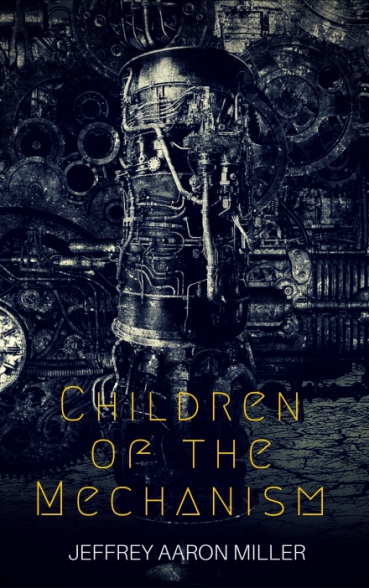 Young slaves live and work in the bowels of a massive, mysterious factory, watched over by cruel robots. They live and die without ever seeing the world outside of their own working rooms, never understanding the nature of the factory or the purpose of their suffering. The work is endless drudgery, and life for the slaves is short and cruel and meaningless.

But one day a door opens where no door should be. Some of the slaves escape from their working rooms and find themselves wandering endless corridors. As they band together, they gradually learn the truth about the factory and the world outside its walls, a truth that might throw open every door and set every slave free. But there are dangers in the corridors that are worse than anything they have ever imagined.

"Another spectacular hit for Jeffrey Aaron Miller, and a whole new world for Sci-Fi lovers! Miller’s ability to immediately immerse his readers into his stories is one of his greatest accomplishments as a writer. His plots—unique and engaging—are what keep the readers coming back, not to mention the personable qualities of his characters. Miller’s skill as a writer has been proven once again and without fault in this latest book, Children of the Mechanism. Intelligently written, Children of the Mechanism is enticing, creative, fun, gross, intriguing, and just a plain ol’ fun read!" --Arkansas Book Reviewer

Paperback and Audiobook from Audible! 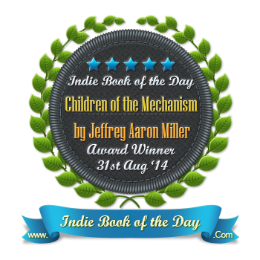