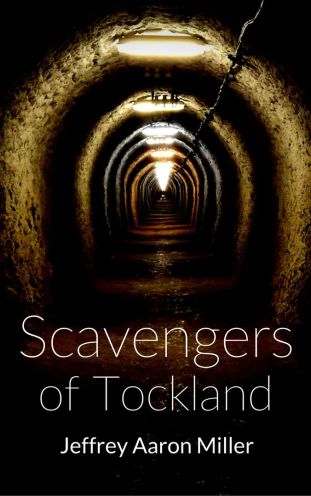 Joe Mund has memories of a place he’s never been, a beautiful city called Verum set against the backdrop of a lush green forest. For years, he has sought this place, his troubled wife, Eleanor, at his side. At last, his journey has brought him to Tockland, the ruins of a once-great empire, where dangerous, plague-ridden scadglings roam the dusty landscape.

Joe is closer to his destination than ever, but unwittingly he finds himself caught up in a long-simmering conflict between scadglings and the human scavengers who call the ruins home. The last miles of his journey are filled with peril, for in Tockland there are many secrets beneath the earth, waiting to be revealed.

Formerly published under the title Fading Man, this new edition has received significant revisions and a greatly expanded ending.