Dreams in the Void 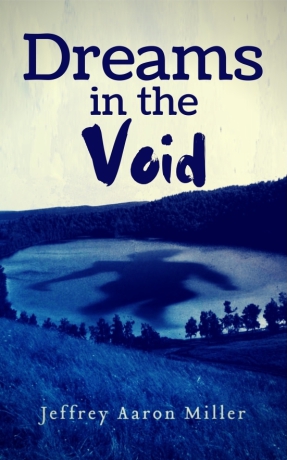 A shared dream has begun to torment the people of the island nation of Tesaria, causing widespread fear and madness. Village loremasters say the dream is a bad omen, a warning of impending doom. After suffering a terrible tragedy at the hands of the king's own Elite Guard, a young man and woman, Jeren Dekembri and Aleas Theel, flee their mountain village, heading into the lowlands to find safety.

But a hateful evil has awakened in the heart of the nation, and there is no safe place left. As the dream intensifies, Jeren and Aleas find themselves at the mercy of a dark magic, struggling desperately to survive. Soon, all things will be revealed, and all beings will face the consequences of an ancient war.

"It works very well. As the story progresses it feels more and more like a dream, like reality is slipping away. It reads more and more like an actual dream. About half way through the book my brain started coming up with my own theories as to what was happening. My pace of reading accelerated as I tried to figure out the final explanation."    --Blogger Tim Dudek

Dreams in the Void contains both volumes of the Deep Water duology in a revised edition. Formerly published as Bloodstone and A Whisper in the Void, the epic story is now a single volume.

Available for Kindle and in Trade Paperback!